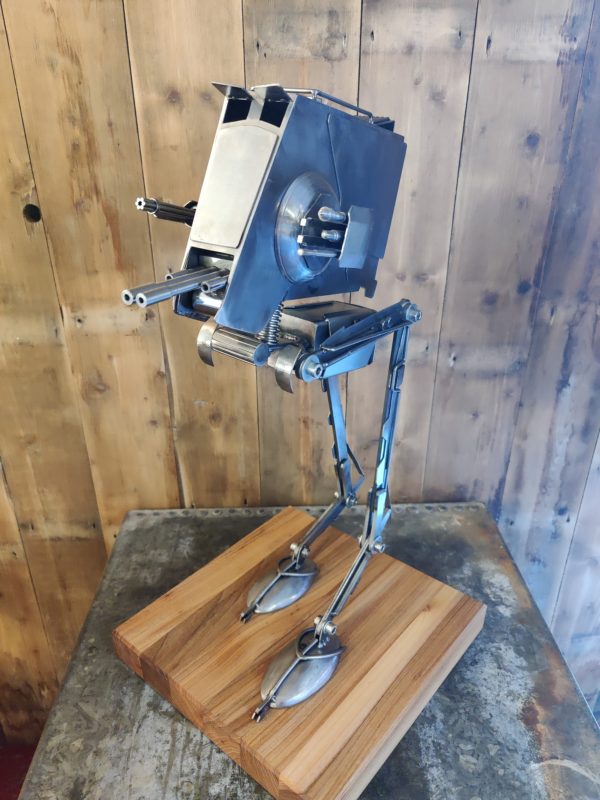 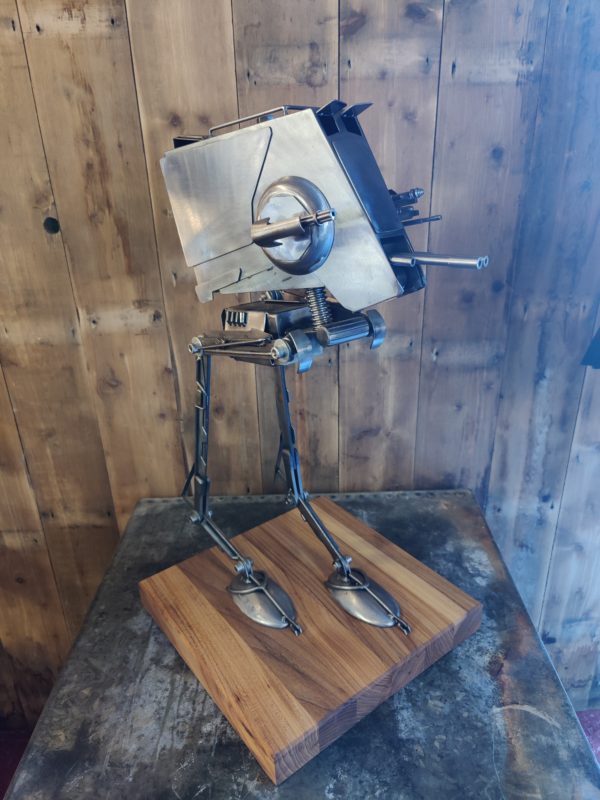 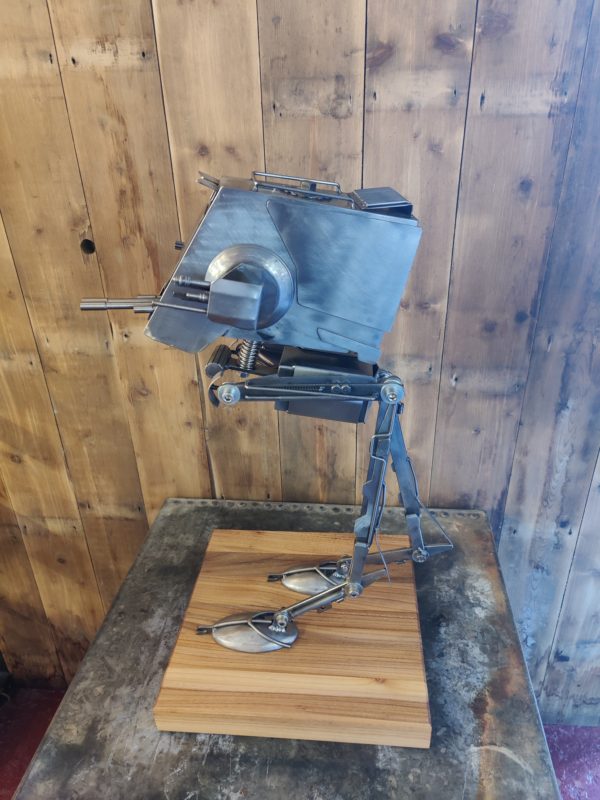 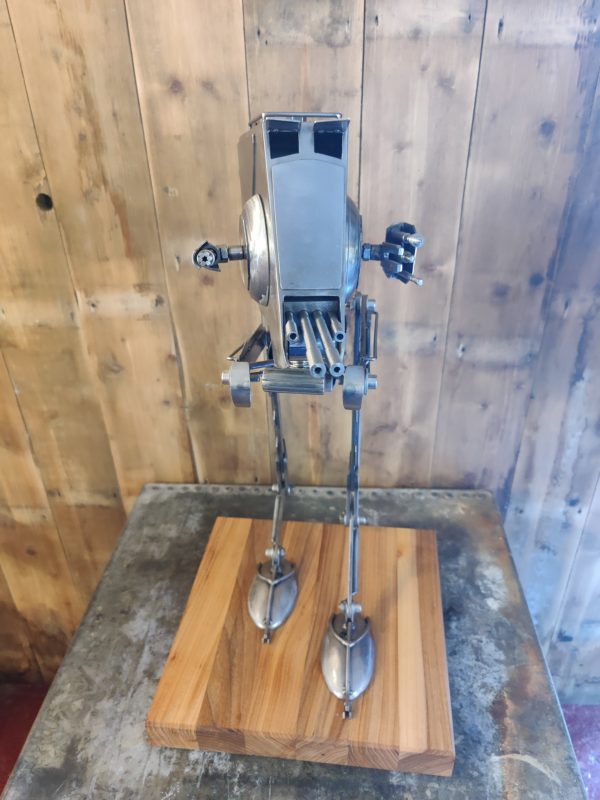 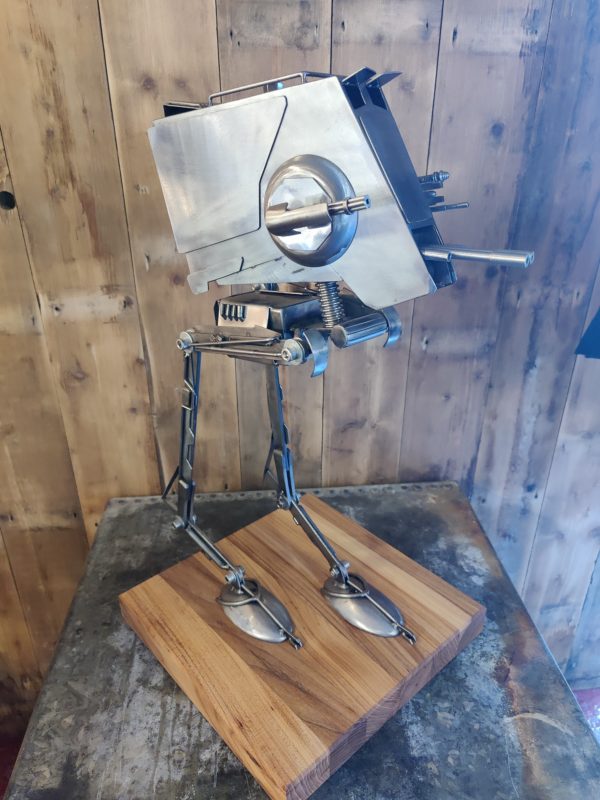 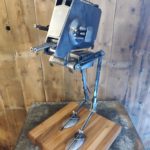 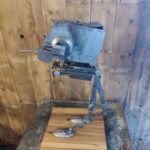 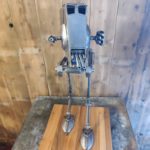 Metal sculpture of an ‘AT-ST’ from the ‘Star Wars’ film series. The piece has moveable gun cannons, adjustable legs and rests upon the wooden base.

The two-legged transport, dubbed the scout walker by many, serves as a reconnaissance and patrol vehicle for the Imperial Army.

There are no reviews yet.