Located at the famous Beeston Reclamation Yard, The Bunker Art Gallery is the perfect place to discover a hidden gem!

The gallery is run by Paul Falcon, an artist focussing on creating stand-alone, one-off pieces, inspired by his time in the military, life experiences and his surroundings. With an eclectic mix of woodwork, metalwork and antler pieces that cover a wide price range, you’re sure to find the perfect piece for your home, business or gift. 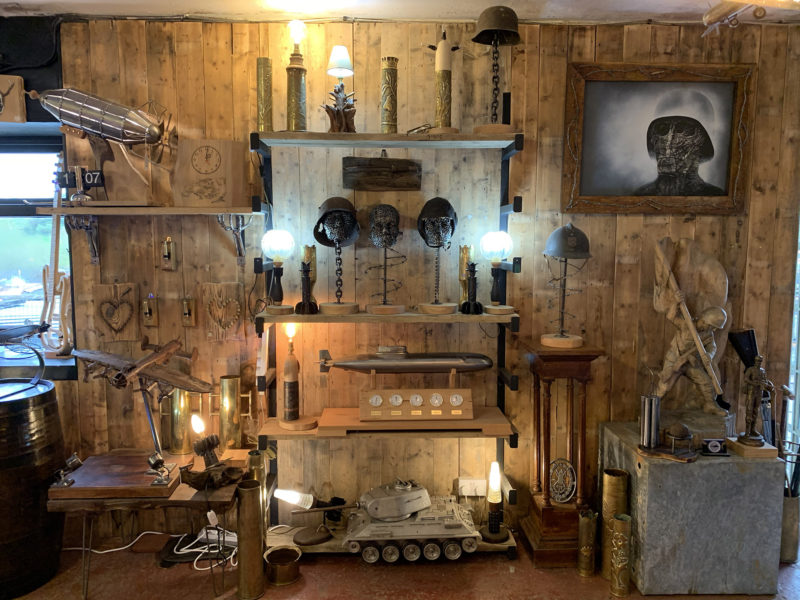 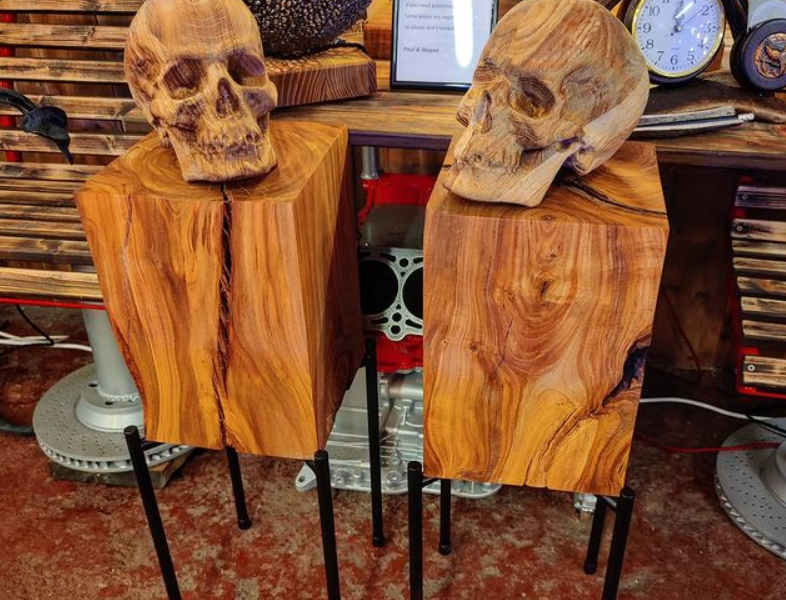 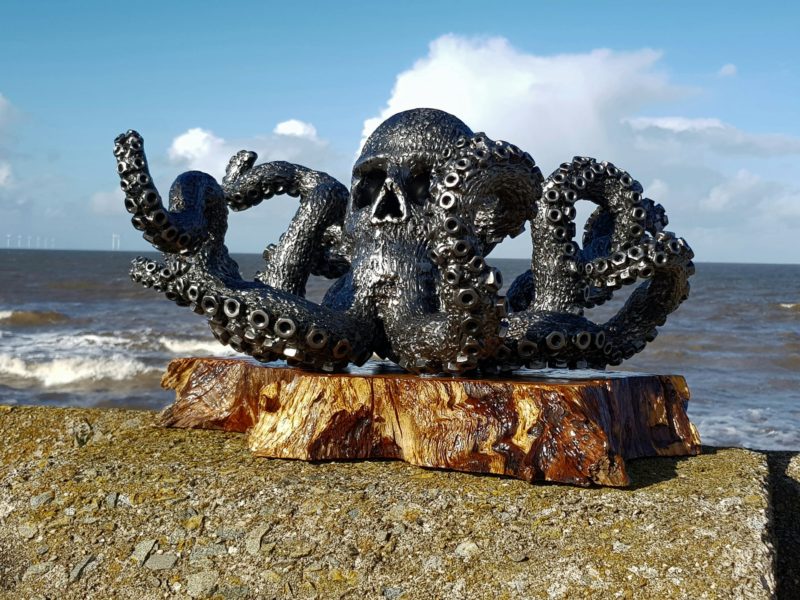 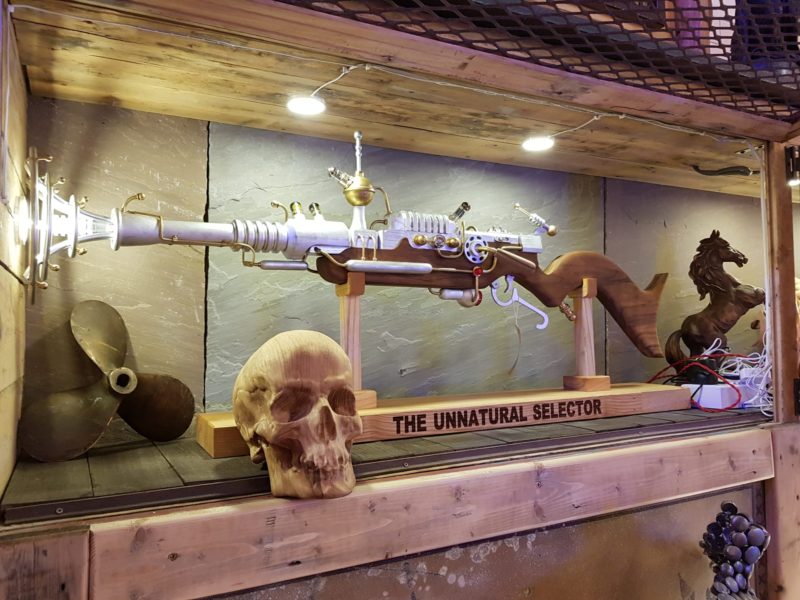 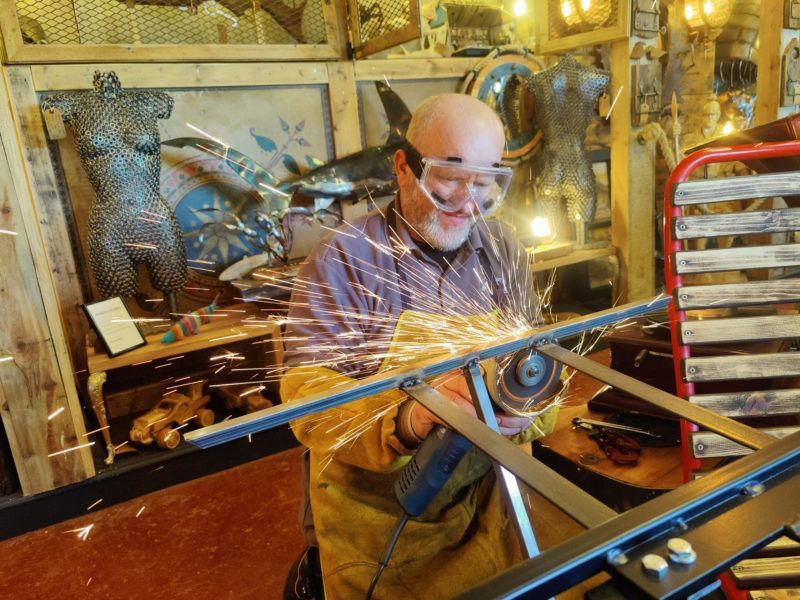 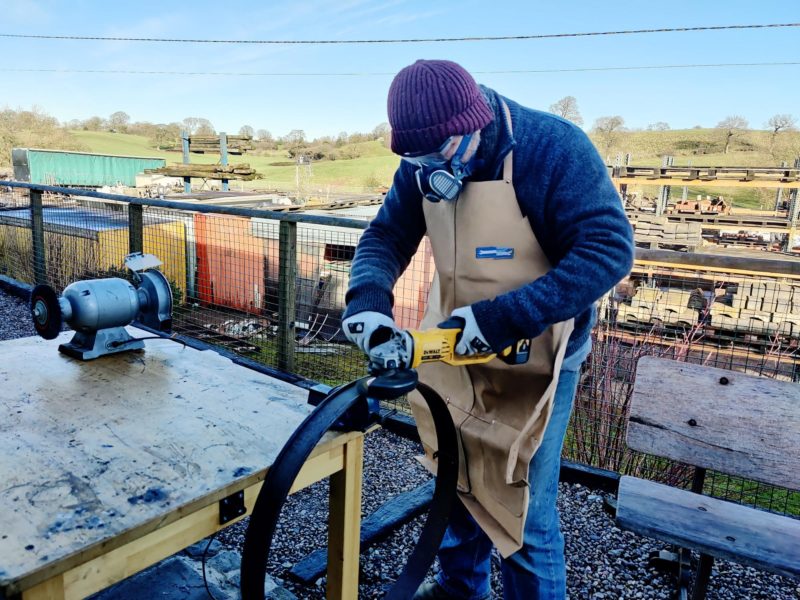 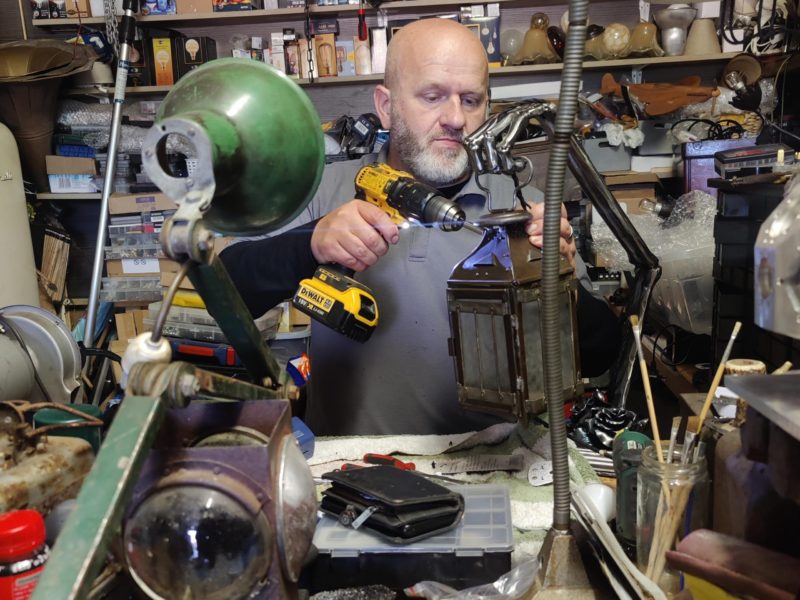 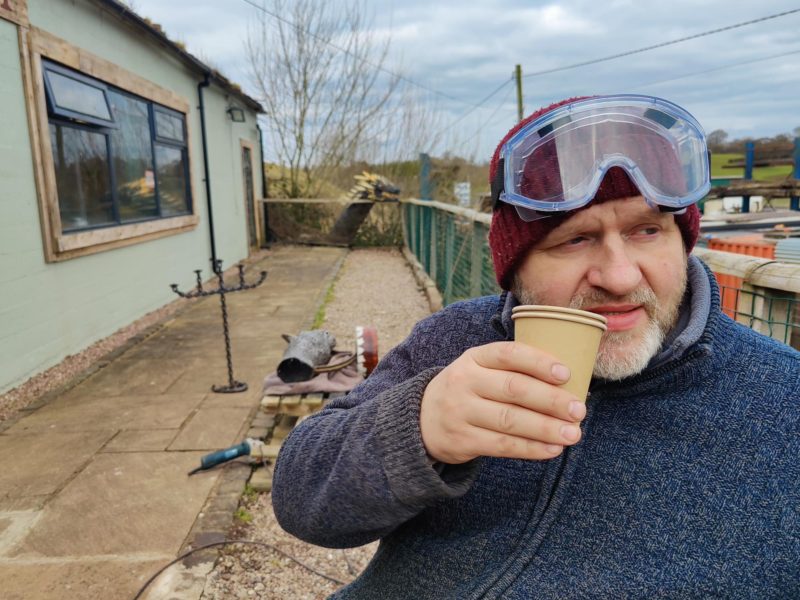 Paul is quite shy and reserved. He has had an interest in creating beautiful things since he was a child, initially showcasing his talents through his photography while in the military. Paul turned to his love for recycling and creating pieces from nature, after a very close family bereavement several years ago. His passion for the wild and wacky was a very much needed distraction. Although quiet, he comes alive when talking about the individual pieces he has made.

Paul’s collection became so large that it now needed to be displayed. No ordinary location would do.

The next move proved the most difficult to achieve and yet somehow it fell into his lap.  It was important to Paul that after so much toil and effort, his work should be displayed somewhere that would really showcase his art. After a number of failed attempts to find the right location, he made contact with John Newton at the Beeston Reclamation Yard. John was so blown away by his work that he offered Paul the old bunker at the yard and so The Bunker Art Gallery was created. It houses a workshop as well as a large area to display his pieces.

Paul has faced terrible adversity in his life, but has found solace by channelling his talents into The Bunker Art Gallery.

Want to discuss our art in more detail or come along and take a look at the gallery? Head over to our visit us page and we’ll be happy to show you around.